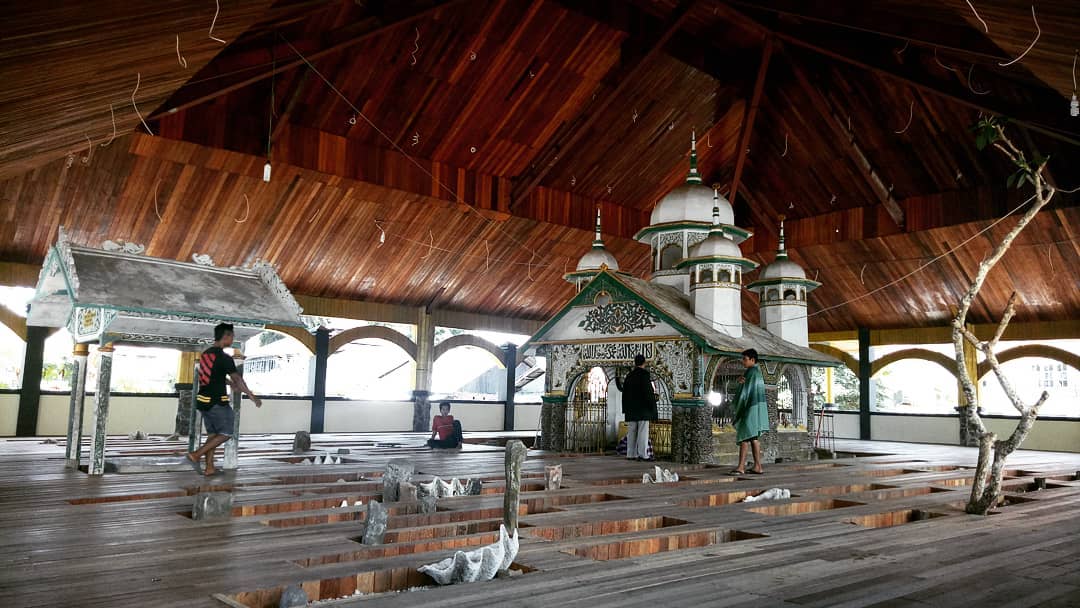 At 17th century, Syekh of Burhanuddin known as spreader of religion in Minangkabau. He has a deep knowledge of Islam and as well as trusted to have the power of supranatural.

He died on 10 Syafar.
After He died, his cemetery still visited by pilgrim until now.
The cemetery building distinguishes mosque architecture at 16th century. Religion Atmosphere very felt around the cemetery and every pilgrim has to dress Moslem.

His cemetery located in District of Ulakan Tapakis 12 kilometer of Pariaman, West Sumatera, Indonesia. Tourism can use public transportation depart from the city of Padang throught to Pariaman district, or by using a rent car.