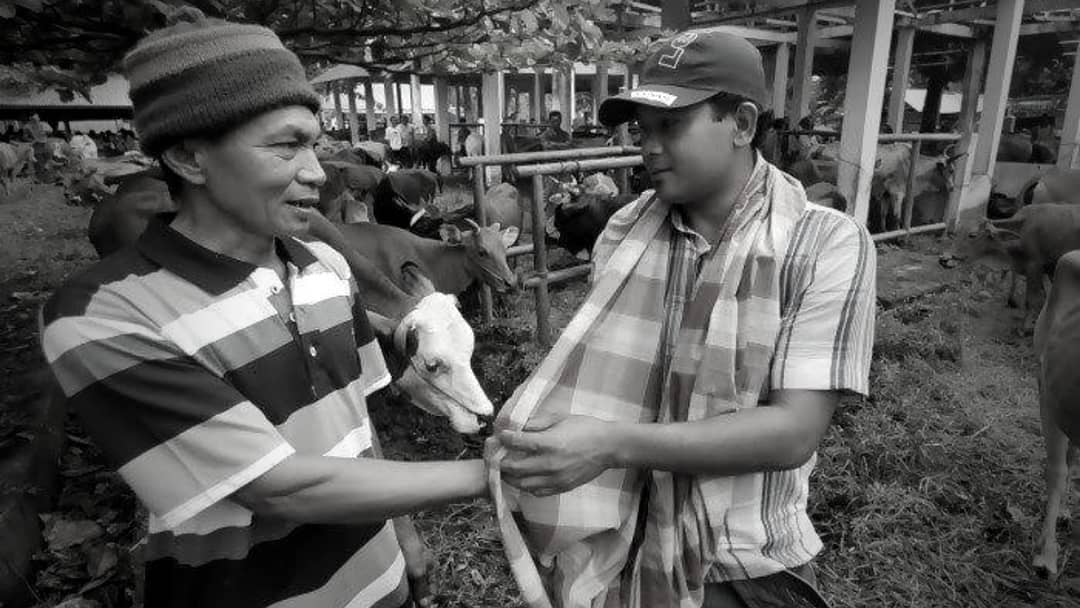 Marosok, is a unique tradition that can only found in cows market in Tanah Datar regencey, West Sumatera, Indonesia.

This unique tradition used for bargaining between the sellers and buyers.

Bargaining done in a unique way, using fingers like shaking hands which is covered by towel or sarong, without voice. When bargaining take place, the seller and the buyer grasping each other, holding fingers, shake hands to the right and to the left until an agreed price is reached. Using this unique tradition, bargaining process can not be seen by other buyers.

Each finger representing a nominal value of 1 million rupiah. For example, if the stock price is 2.5 million rupiah two fingers griped. Then for the 500 thousand rupiah the whole fingers averaged. If the buyer wants a 2.3 million rupiah bid, then the finger which is griped remains two. Then holding five fingers while shaking two fingers to the left, meaning that 2.5 million rupiah net of 200 thousand rupiah, and so on until an agreement is reached. If the transaction succeed, each hand release. Conversely, if the price does not match, still holding hands simultaneously offering a new price may be agreed.